✈️Qantas is doubling down on its move into India, launching direct flights between Melbourne & New Delhi for the first time in its history alongside a new service from Sydney!

We know this will be a announcement welcomed by our strong Indian community in Melbourne! It’s a great outcome for Victoria’s tourism sector & proves that PM Morrison’s commitment to reopening Australia to the world is working!

The airline’s chief executive Alan Joyce said he expected strong demand for the service given Melbourne has a large Indian community, and based on the “unbelievable” number of bookings on its new Sydney-Delhi service since the flights went on sale last month.

Qantas has not flown direct commercial flights to India for almost a decade, instead servicing the country via Singapore where passengers connected on its codeshare partner Jet Airways, which went bankrupt in 2019.

But Mr Joyce said that since the COVID-19 pandemic customers wanted to fly to their destination directly and avoid transferring through an overseas hub.

“We think the demand for that is going to be quite substantial,” he said. “And we’re hopeful that once we see also tourists… and students, the demand will be even bigger because we’re missing a couple of very big parts of the market and already the flights are very full.“

On Monday, Qantas operated its first international commercial flight out of Melbourne in 20 months as it gradually restarts its long-haul network, with flight QF35 to Singapore departing at 11.50am.

Australia and Singapore opened a two-way travel bubble on Sunday, allowing vaccinated residents move between the two countries without going into quarantine. That marked the first time since March 2020 that non-residents, other than New Zealanders, have been able to travel to Australia without isolating on arrival.

Foreign airlines have been flying in and out of Melbourne since November 1 when Victoria and NSW both reopened their borders to quarantine-free travel for vaccinated travellers.

Qantas was set to restart flying Melbourne-London at the start of the month, when it commenced flights from Sydney, but delayed that until November 27 due to low demand.

Mr Joyce said on Monday that Melbourne had been “was a little bit slower than Sydney in getting out from under the doona” but there were now strong bookings for both cities.

“It’s mainly before Christmas as you’d expect, people coming into Australia, but we are seeing the demand open up in both directions,” he said.

India accounted for around 178,000 visitors to Victoria every year and more than 67,000 international students before the COVID-19 outbreak in Australia. The state has the largest Indian population in the country, with more than 209,000 Victorians reporting Indian heritage at the 2016 census. 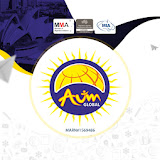 Sahil walia
i would like to say big thanks to Aum global migration just got my temporary visa with their guidance highly recommended special thanks To manpreet and sumeer sir very helpful.

Gurman Singh
I got my visa after couple of months. Thanks a ton AUM GLOBAL. Your team is very helpful, supportive and responsive. I never worried about my application because AUM GLOBAL team is there to look after it. Thank you AUM GLOBAL. What you are doing for students is phenomenal! Keep helping students. Thank you!

Arshdeep Singh
I would like to thank Manpreet sir for all the guidance and support they provided me throughout my visa application and processing process. This was my second time applying my visa through Aum global and they are outstanding and with their expertise I got my visa application approved. Will definitely go there again and suggest it to everyone. Thank you so much again😊

Rishav Gupta
I would like to thank Sumit Sir and their team for helping me to achieve my TR. Very friendly , understandable and professional staff. I highly recommend to visit aum global for any kind of visa related queries. Thank You

Zindkaur Mba
My student visa application was pending since more than 2 years from another MARA agent but as i approach Aum Global.They started working on my case instantly.within 10 days i got my student visa.Expertise advice that leads towards clear goals.Keep up team Aum Global.Many regards especially to Manpreet sir.

Q Windows & Doors Pty Ltd qwindowsndoors
We would like to thank Sumeet & Manpreet of Aum Global for their professional manner they handled our Visitors Visa and Partners Visa application process from the start all the way to a positive outcome. We definitely recommend Aum Global widely, as they are a very professional team, extremely reliable and most important they understand your needs. They always are willing to help you.

Amrinder Singh
Cannot recommend Sumeet & Manpreet enough. They are very knowledgable & professional. Highly recommend not going through the process without someone like this team. Our experience was great.
Review Us on Google